Question 2
That extra information provided changes how I think about Hughes’s story “Blessed Assurance”  a lot. As someone who has very little experience with religion (other than the one night a year at a congregational church on Christmas eve) I did not know the story that the song was referring to. It now makes much more sense that it was upsetting Delly’s father John. John was having a very hard time accepting his son for who he was, so seeing him sing the song about the possibility only gay people in the Bible must have been shocking. I think that in general, I would have a better understanding of the readings with religious symbols or religious topics if I had a better understanding of the Bible. Having not been to Church much growing up, most of what I read about religion is new to me.

Question 3
All God’s Children provides context to the intersectionality in the Black culture. It shows how it is possible to be Black, gay and religious. Those things have had a complicated relationship in the past and the people in the film are explaining how the Bible says to love everyone, not just straight people. “Blessed Assurance” by Langston Hughes shows a different side of Black sexuality. In All God’s Children, every parent that talked about their child’s sexuality was very supportive. They talked about how they love their child no matter what and they are just the same as everyone else. In the story by Hughes, the father John is having a difficult time with his son sexuality. The form of All God’s Children works really well for me. I like that there we got to see the different stories of people experience of intersectionality in the church intertwined with the gospel singing. 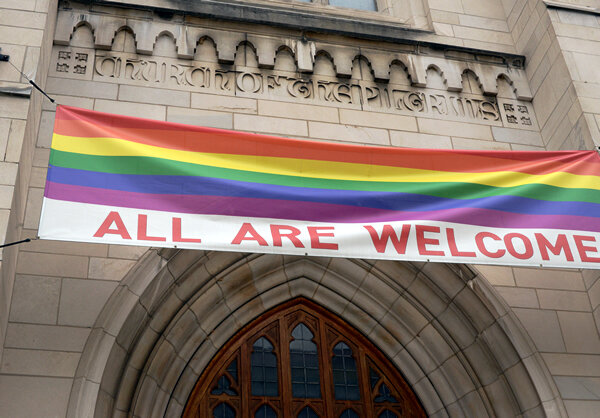 2 thoughts on “Blessed Assurance and All God’s Children”