When examining the films, Boycott (Clark Johnson) and Four Little Girls (Spike Lee), their impact on and illustration of the past and ongoing battles with equality is prominent. While the endings of both of the films, Boycott and Four Little Girls, were both impactful in their own ways, I personally feel that the ending of Boycott was more impactful towards the future of the movement (even the ongoing movement).

With the ending of Boycott, we are, in a way, reminded that the battle for racial equality was not so long ago; that the Civil Rights Movement wasn’t something that happened a very long time ago. Through this, we are also reminded that the battle for equality is still ongoing and is very real. With MLK being separated from the bus, there are many impactful meanings that could be taken away from this scene. Additionally, through these take-aways, we are given this ending to continue and further the ongoing fight for equality. 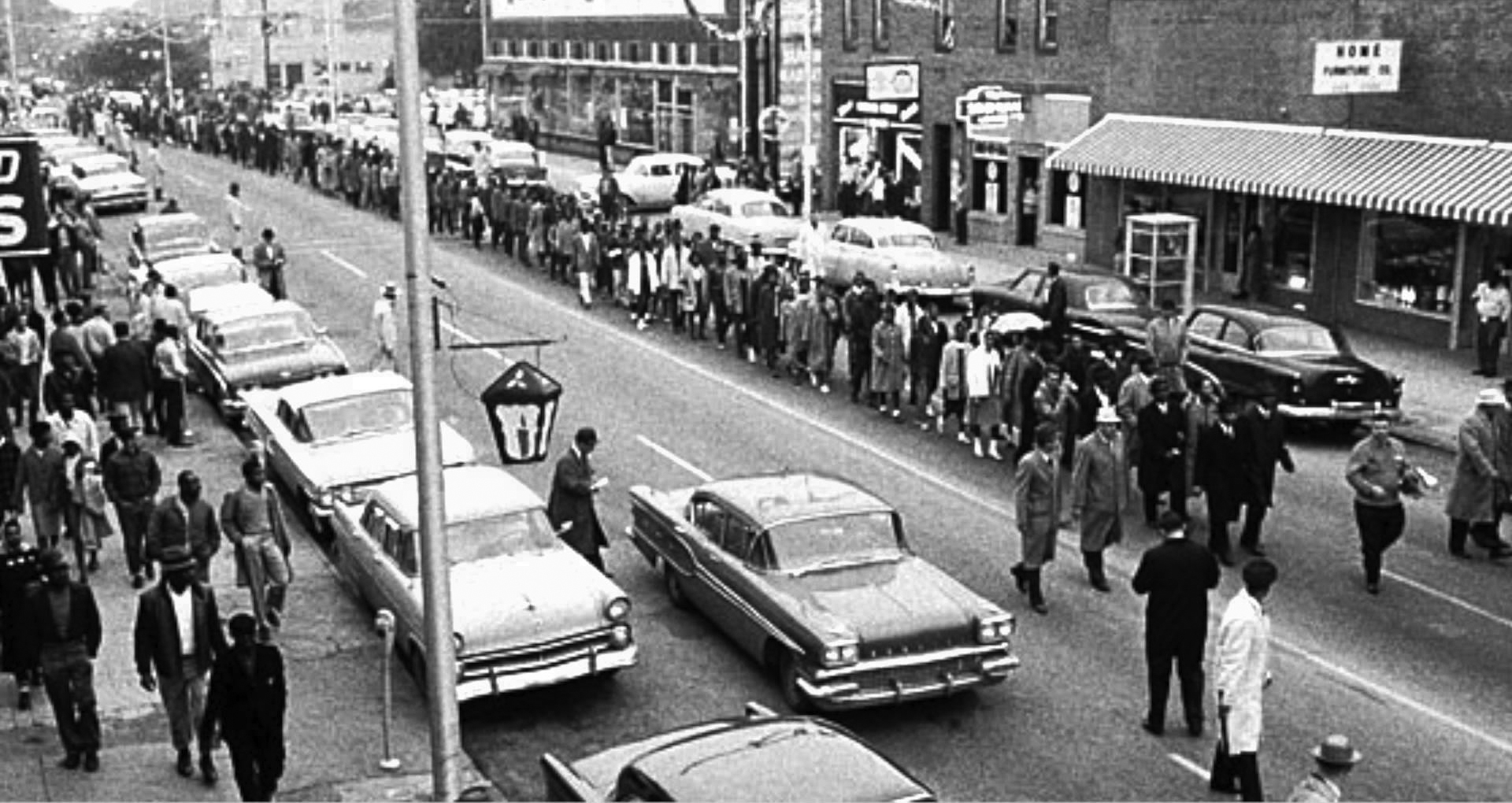 Image Shows a Scene from the Real-Life Bus Boycott

While on the other hand, there is the ending of Four Little Girls, where I feel as though the ending of this film was just a tad too upbeat/happy. This ending is satisfying to the viewers, it leaves a good feeling through the conclusion. The problem with this is that, while it has a feel good ending, with this, the viewer doesn’t have the immediate thought/reminder that these issues are still ongoing (even if it’s not to the extent or as obvious as it once was).

Within Julie Dash’s film, Daughters of the Dust, there is a character that she put in the film’s plot that is detached from the film’s main focus group (the Peazant family). This character is the photographer Mr. Snead. I feel like throughout the film, Dash intended for him to serve many purposes; some more general, while other purposes you have to really pay attention to him to catch on to.

In the more general sense of his usage, Dash utilizes Mr. Snead as a connector of sorts. There are points where he is the one who is connecting and progressing the plot. An example of this is the dialogue that he shared with some of the family members on the beach near the beginning of the film. He spoke to them about their traditions and values as a whole. Through this dialogue, we learn more about the Peazant family’s members and the similarities as well as differences between them. This provides better insight to the tensions to come later on in the film. Later in the film, Mr. Snead is getting spoken to by a family member about her view on the older generation and how they are leaving all of their faith to “magic” and the ancestors but none of their faith to god. Like these two examples, there are many instances of this where he is seen as a general, small piece that is vital to the progression of the plot.

Looking a little deeper into his role, he can be seen as an outsider from the character line up. He shows life outside of the island. In direct relation to this first line, when he brings out the kaleidoscope, he is showing different lives that are available out there in the world. In another sense, he can be seen as looking down on the Peazant family that is living on the island. For example, he has and uses a camera, he wears “better” clothes than them, and he speaks multiple languages. He is a living embodiment of symbolizing life off of the island. Additionally, he is very separated from them visually further than what was just mentioned in the previous sentence. There are many super small details that (may have been intentional) set him apart visually from the Peazant family; he is much jumpier than they are, he is much sweatier, and his personality and mannerisms are significantly different. So in conclusion to the second half, Dash uses Mr. Snead as a “control” person in a sense so that while watching the film you have someone who you can visually see that shows you what life off of the island actually is.

The chapter, “Train Travel and the Black Religious Imagination” in the book After Redemption: Jim Crow and the Transformation of African American Religion in the Delta by John M. Giggie deals with Delta blacks and the relation/link with the railroad and what it represents. The chapter illustrates how the quick growth of the railroad was important to the Delta black communities as it had given progress economically for the communities and spoke numbers to racial segregation in the region. Forward with that, they then showed how truly important the growth of the railroad was to them; by incorporating it as a spiritual force that was combined with sensory aspects of life such as songs, lyrics, and sermons with heavy focus on railroads. Train depots and waiting platforms became a place for worship, the train became a designated form of travel for the organization of religious gatherings of churches and were used to spread news of important leaders and movements. Through this, the train and train travel became a strong image for African American freedom.

Going back to the point of the train being used in sensory aspects of life, more specifically music, brings me to the song, “Death’s Black Train is Coming” performed by Rev. J.M. Gates. This song incorporated religion and focused on sins and redemption. He says, “While I sing I want every sinner in the house to come into your seat, and bow and accept prayer you need some prayer”, this line addresses sinners and is in the beginning of the song. This is foreshadowing towards the exploration of this theme throughout the song. He later says, “Get all your business right, You better set your house in order, For that train may be here tonight”, this is hinting towards the notion of reaching heaven but if you are to reach it you’re going to have to drop your sins and look forward towards a positive life. Finally he says, “If you want to get on the morning train, If you want to go home and live in peace, You better have your ticket in your hand”. This is the conclusion to the song, where he is referencing the end of life and the connection to religion and the spiritual. Finishing off with you have to have your stuff in order, you have to resolve/settle your sins, and you have to be ready to move forward.